You might have seen the caption “nsidb” many times on social media and have wondered what does it mean. It’s used as caption in not just memes but many places. But mostly it is used with memes. Let’s see the full form of nsidb and how it is used.

nsidb – Not Sure If Done Before 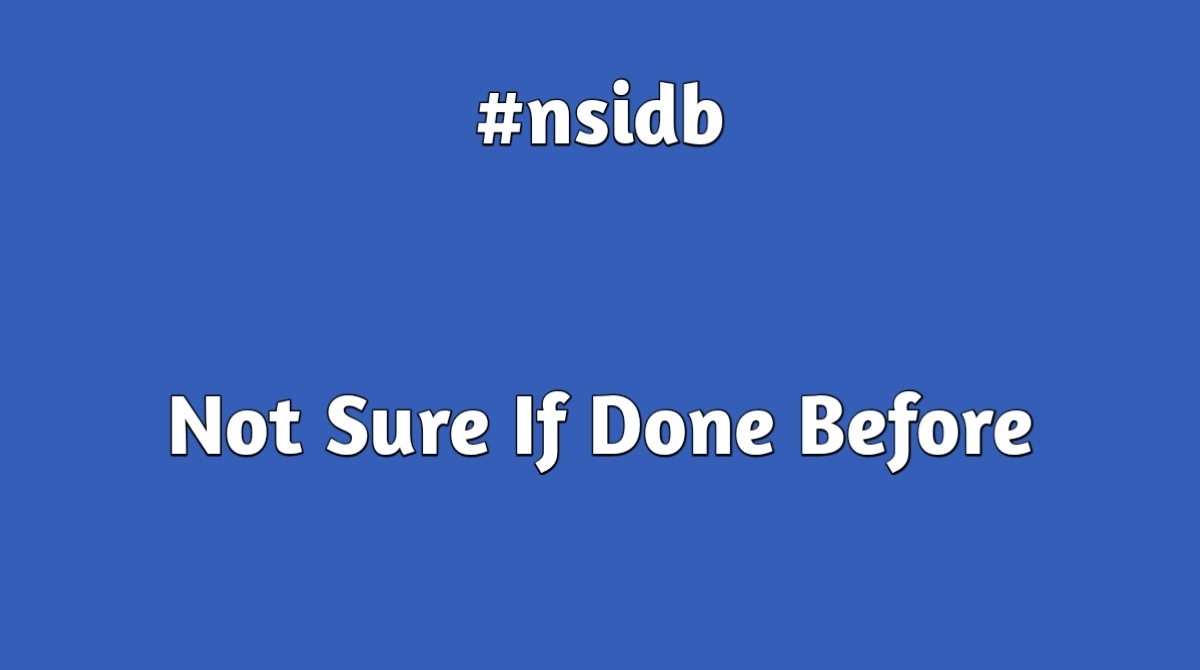 Full form of nsidb is “Not Sure If Done Before”.

When someone makes a original meme, but is not sure if someone else has made it already, then he uploads his meme with “nsidb” caption.

It can be used in not only memes but any type of original work if you’re not sure it’s been done by someone else or not.

How to use nsidb acronym

Nsidb in itself is a whole sentence. You can use it without writing anything else. Just the caption “nsidb”.

When you get an idea about a meme (or anything else), someone might also have the same idea. Ideas may clash vary occasionally. Specially if it’s a trend, many people are thinking about the same thing to make a meme about. In those cases, many people can get the same idea. So in those cases, someone makes a meme and if he/she thinks someone might have made it earlier, then they upload it with a caption “nsidb”. That means it’s their original content but someone else may have made the same meme earlier.

If you still don’t understand how to use it then write down in comment section and I’ll try to explain you again. If there’s some other acronym accross social media that you don’t know and can’t find it’s meaning, then ask me below in comments and I’ll try to upload it as soon as possible.