You might have seen the caption “OC” many times on social media and have wondered what does it mean. It’s used as caption in not just memes but many places. But mostly it is used with memes. Let’s see the full form of OC and how it is used. 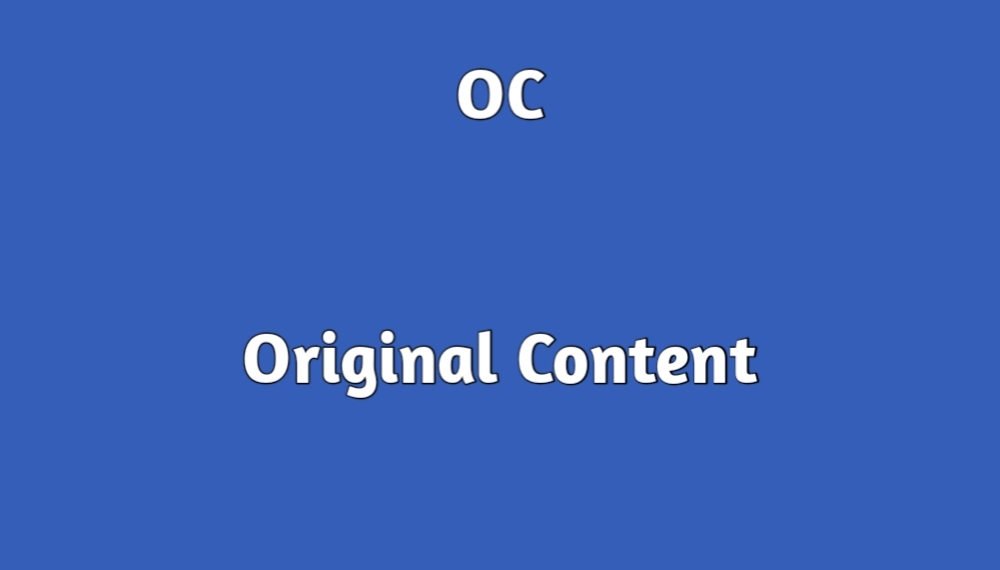 Meaning of OC and where to use

Oc means “original content.” When you upload a meme that you created yourself, not copied from somewhere, then you can upload it with OC caption. Not just memes but it can be used for any type of content that you created, like graphics, music etc.

How to use OC acronym

You can use OC without writing anything else in the caption. Or you can use it in a sentence as followed:

George: What do you mean you’ve seen this. It’s my OC.

If you still don’t understand how to use it then write down in comment section. I’ll try to explain you again. If there’s some other acronym accross social media that you don’t know and can’t find it’s meaning, then ask me below in comments and I’ll try to upload it as soon as possible.